and a once living world became still. All life was gone, and the land lay abandoned, choked into nothingness. With no mortals left, the rulers became powerless, and one after the other, the demigods departed. Others stood ready to fill the gaps of their mighty masters, but not for long. In the end there was nothing, and no one.

Imagine a future very far away, when eventually a visitor from a different galaxy bumps into earth, when the sun already has lost most of its energy and no living thing is crawling across the face of the dying planet.

This is the fate of all material things.

This is the fate of holy mission too.

Visit the cemetary of holy mission. Cry over the graves of many brave warriors!

Shattered by a war between creators of the highest ranks and the following tyrannie of those who’d won turned the once living place into a cold and desolated void. Back in 93 when the ‘linzer’ admins led by patience moved on to create a new world based upon a updated mudlib, holy mission was given to a couple of Archwizards who choosed to stay. In those days, the world was highly populated and easily reached the cap of 60 simultaneous players. Packed with many guilds, some of them hidden and very restricted, quests, legendary monsters and a broad community from all walks of life and nations made this game fun to play. But that was not to be meant for long. One amongs the ranks of the creators, he and his friends did all he could do to destroy, what other wizards and players had created. Holy Mission fell and when no living thing crawled over the damned world anymore, even he went on.

Today a few fans are working on this old piece to give old players the chance to return and remember and to give new players the chance to see how a mud looked like back in 1991. Holy Mission is nothing compared to modern muds like Achaea or BatMud, but its an original with a out-of-the box village from 2.4.5 lib and padrone’s castle.

Kiri of Holy Mission – Remains from the Past 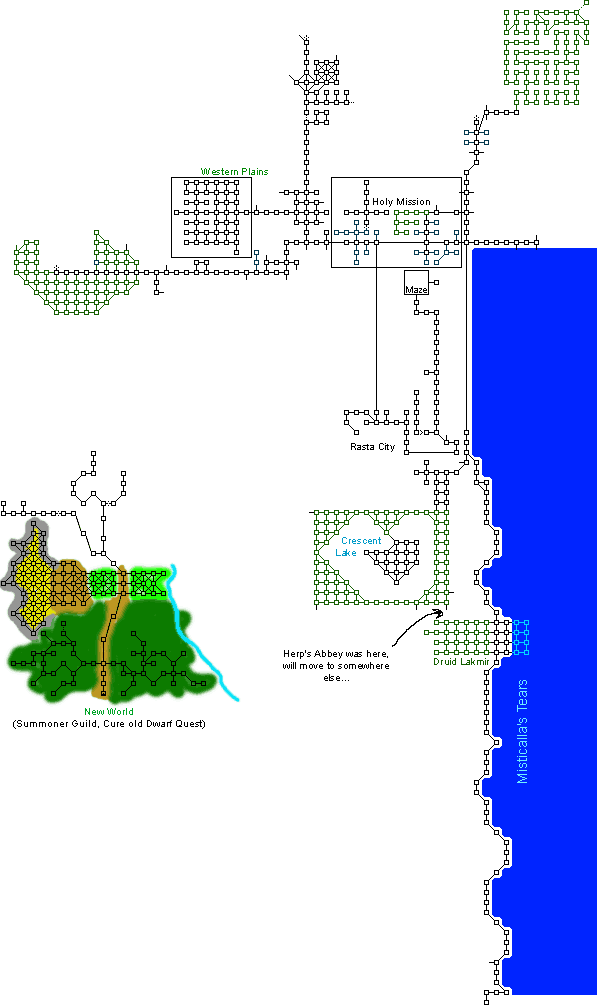 is an abandoned MUD founded in 1992 by Herp the Orc. Badly damaged and abandoned in 2002, the world was placed into the trusty hands of a group of former players. Holy Mission was a well structured and popular MUD in the 90s, but unable to keep pace with standards of today. Efforts to revive and repopulate the world failed, and it was decided that many things had to be changed to get players back into the game. In October 2005, Remains from the past was founded as a programming project with goals and directions formed by our common and most valuable wishes: